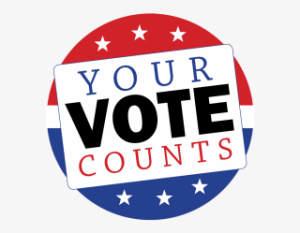 CHICAGO, IL - Early Voting in all of Chicago’s 50 Wards started today, Monday, October 24, and will be open through Monday, November 7. These sites are open Weekdays from 9:00am to 6pm; Saturdays from 9:00am to 5:00pm; and Sundays from 10:00am to 4:00pm. All Early Voting locations will also be open as Vote Centers on Election Day, Tuesday, November 8, from 6:00am to 7:00pm. Any voter living in Chicago can vote at any of these sites, no matter where they live in the city.

“The November 8th General Election is only two weeks away. We are urging Chicago voters to vote early and enjoy the peace of mind that comes with getting your civic duty out of the way,” said Marisel Hernandez, Chair, Chicago Board of Election Commissioners.

Currently, over 5,220 voters have Early Voted for the November 8th General Election.

Voters can still apply to Vote By Mail and the deadline to apply is November 3rd at 5:00pm, though the Board recommends applying before then. Secure Drop Boxes at all 50 Ward sites are now open, and voters who choose to return their Vote By Mail ballot at any Drop Box at an Early Voting site, the Supersite at 191 N. Clark, or the Board Offices at 69 W. Washington.

Currently, there have been over 192,000 applications to Vote By Mail in Chicago, with over 29,000 Vote By Mail ballots already returned.

Online voter registration has now closed in Illinois ahead of the November 8th General Election. Voters who still need to register to vote, as well as file a name or address change, can still do so at any Early Voting site ahead of and on Election Day, as well as at their precinct polling place on Election Day. Voters will need to bring two forms of ID, one of those which shows their current address.

Additionally, due to the recent once-in-a-decade redistricting process in Chicago, nearly half of Chicago voters may have a new precinct polling place for Election Day on November 8th. Voters can confirm their polling place and voter information by visiting chicagoelections.gov and going to the Your Voter Information page or by calling the Chicago Board of Elections at 312.269.7900.

“Please do not wait until the last second to make a plan a vote. This is why we are asking Chicagoans a very important question ahead of November 8th – has your polling place changed?” added Chair Hernandez. “On Election Day, in addition to their precinct polling place, a voter can go to any Ward Early Voting site and here at the Supersite and vote on the spot.”

Voters can go to the Your Voter Information page to verify their voter registration status ahead of the election, see and print their sample ballot, view the locations of nearby Early Voting sites, locate their precinct polling place for Election Day, and check on the status of their Vote By Mail application.

The full list of all 50 Ward Early Voting sites:

These university sites for Early Voting will be open November 2 through November 4 - 10:00am to 5:00pm.